“Vickyâs vast experience and knowledge in the international education sphere combined with her personable approach make her a great choice when looking for a consultant for your strategy.”

Why, what and where?

This is the first in a series of three blog posts looking at the phenomenon of international education hubs – and the implications for UK higher education. The series is based on a workshop I delivered at the UK-NARIC 2016 Conference in London on 21 November 2016. In this first post, I look at the broad context for the development of international education hubs, what they are and where they can be found. 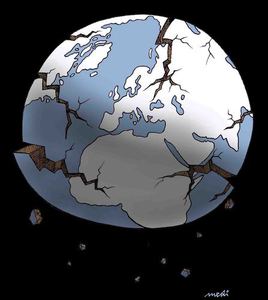 2016 is proving to be a turning point year for the UK on many different levels. Domestic political developments have surely knocked any complacency out of UK universities when it comes to their ability to recruit ever-increasing numbers of international students.

At the same time there’s growing global competition, with many countries (particularly in Asia and the Middle East) setting themselves up as international education hubs. Such developments could be perceived as a threat – or treated as an opportunity.

There are some seismic shifts going on in the global higher education landscape, with the established order being firmly challenged.

Those countries that were traditional sending countries are now becoming destinations in their own right. The familiar North-South education export model is being called into question. And the long-standing dominance of the US and the UK is being eroded – thanks not only to increased global competition but also to our own particular brands of home-grown lunacy.

As ICEF Monitor points out, back in 2005 there were about 3 million students studying abroad. Today that figure is around 5 million. The good news is that new demand for international education is still emerging, thanks to large and growing middle class populations in countries such as India, Nigeria and Indonesia. The number of students in a financial position to consider studying abroad will therefore continue to rise.

The OECD forecasts that, come 2025, there will be 8 million people seeking an education in a country other than their home country. After that, the growth curve may be different as Asian higher education systems strengthen and the university-aged population in China reduces. It seems likely that mobility will continue to grow. However, the relative popularity of destinations may change quite radically.

One key factor for seeking overseas education has always been unmet demand for quality higher education in the home country. This has driven high growth in outbound mobility – particular from China and India – over the past decade. However, the continued dominance of traditional destination markets can no longer be assumed. Asian HE systems are strengthening all the time, with several world-ranked universities now existing in China, Hong Kong, Singapore and Malaysia.

A growing number of students are staying within their own region to study. Asian destinations are becoming increasingly attractive not only to students from other parts of Asia but, in some cases, also to those from Africa, the Middle East and further afield.

This option to stay closer to home is likely to impact on traditional destination markets. The US and the UK are already losing market share.

They can also offer new opportunities for international collaboration.

This needs to be considered in conjunction with some recent changes of emphasis. There is a growing wariness in many countries about the traditional education export model, which tends to prioritise international student recruitment or – in the TNE world – validation and franchise based partnerships.

These can be perceived as representing ‘one-way traffic’ (a flow of students in one direction only), being transactional (if you validate our programmes, we’ll pay you a fee), and a short-term fix. In other words, there is benefit on an individual level for participating students, but not really on a deeper level for the country and institutions concerned.

TNE activity is increasingly being based on more equitable local delivery partnerships with shared responsibility and opportunities for two-way learning. This ties in with national agendas to grow HE capacity and to reap long-term economic and social benefits for the country and region.

What is an international education hub?

One ‘official’ definition of an education hub is ‘a planned effort to build a critical mass of local and international actors… who work collaboratively on education, training and knowledge production and innovation’ (Knight).

A hub can be a national (country-wide) initiative, one limited to a designated zone (or zones), or one focused on a specific city. The term is often used more loosely to mean any country that is (or aspires to be) a magnet for international students from its own region and/or further afield.

What these different types of hub have in common is that they blur traditional notions of home and host country, or sending and destination country. These categorisations start to become meaningless when you have Malaysian institutions setting up in Botswana and Egyptian institutions setting up in Malaysia. It’s no longer sensible to try to categorise whole countries in that way. The fact is that global student mobility is more complex now than simple unilateral (or even bilateral) flows. And there is a lot more South-South mobility too.

Where are the international education hubs?

According to World Education News & Reviews, the most established hubs tend to be in Asia (Singapore, Malaysia, Hong Kong, South Korea and Taiwan) and the Middle East (UAE, Bahrain, Qatar, Egypt), though there is also a presence in Africa (Botswana, Mauritius).

Many of them are in relatively small countries or island nations.

The above list is not exhaustive. Various other countries have announced hub aspirations. Self-declarations of ‘hub status’ for brand-building purposes are common.

Panama’s ‘City of Knowledge’, along with Sri Lanka and Bangalore in India, has been described as a hub. Most recently, Malta has declared hub ambitions. The Philippines, Vietnam and Thailand are mentioned by the British Council as emerging TNE hubs.

The ‘hub’ term is also sometimes used for large countries, such as China and Russia, which have embarked on major, government-supported drives to attract more international students.

It is a shifting landscape, driven by national priorities. Horizons need to be constantly scanned and suitable opportunities grasped in a timely manner.

My next blog post on this subject will focus on different national approaches to and motivations for international education hub development (with a couple of case studies thrown in).