“Vicky is a great listener and has the rare skill of being able to discern key points from 'stream of consciousness' discussions, helping to better define the brief for the project. This is immensely useful and time saving.” 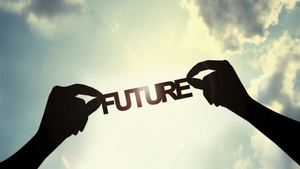 This blog is the second in a series, outlining the findings of a small survey conducted in June 2018.

It expands on some of the top level findings presented at the TNE-Hub Symposium on ‘Transnational Education: Innovations in Practice’ on 11 July 2018. Presentations (in my case a joint one with Dr Janet Ilieva, entitled: Evolving TNE approaches: from short-termism to sustainability?’) are downloadable from here.

My first blog covered the first topic of how institutional TNE strategies and drivers have changed in the UK HE sector over the last few years. You can read it (and find out about survey methodology and caveats) here.

This second blog explores which TNE delivery modes (and levels of study) are most prominent in UK HEIs' future strategies.

What respondents were asked

Respondents were asked to rate different modes of TNE delivery on a matrix / rating scale, indicating whether – within their own institution’s future strategy for TNE - each mode was:

Distinguishing between collaborative and independent TNE

For the purposes of the survey, the options given to respondents were clustered into collaborative and independent as follows.

There is some debate over where ‘validation / franchise / twinning’ should sit. You will often (for example in this British Council / DAAD classification framework, which builds on Knight’s earlier thinking) see franchise described as an independent mode.

More detailed insights into the modes that HEIs favour in their future plans (and whether they align better with the definition of collaborative or of independent) would require additional research.

It is also worth noting that the term ‘branch campus’ is one that many institutions are moving away from, instead seeking to position each of their campuses as an integral member of a global network.

Over 50% of respondents listed validation / franchise / twinning as either their preferred mode or prominent in future strategy. There were differences here depending on institutional type, with over 75% of post-92 HEIs, but only 37.5% of pre-92s favouring this mode.

Other modes cited as preferred / prominent were:

Post-92 HEIs were, however, less inclined than pre-92s to favour distance / online / blended learning of any sort.

However, no respondent ruled out joint / dual / multiple degrees.

On the whole, collaborative modes (with the exception of validation / franchise / twinning, which was ruled out by some) were less likely to be ruled out than independent modes.

And independent modes (with the exception of independent distance / online / blended learning) were also less likely to be preferred / prominent.

One respondent took the trouble to explain that their TNE strategy deliberately adopted a portfolio approach, embracing multiple modes (‘horses for courses’, rather than ‘one size fits all’).

Growth plans by level of study

Respondents were also asked which levels of TNE provision they planned to grow in the future (in terms of student enrolments).

The levels were divided into:

No respondent said their institution planned to reduce enrolments in any of these categories.

It is interesting that undergraduate is still such a strong growth area, since the focus for countries with maturing HE systems is expected to shift towards postgraduate provision. Collaborative TNE is seen as making a potentially positive contribution to local capacity building in countries seeking to develop home-grown postgraduate provision (Ilieva, 2018 – TNE-Hub Symposium presentation – slide 7).

The final blog in this series (out in September 2018) will highlight key findings from my survey question about the nature of governing body engagement - and will draw together key insights from the survey exercise as a whole.

If you have any observations or questions, I’d be pleased to hear from you.