The Changing Face of the International Office

From the turn of the century to the 2020s 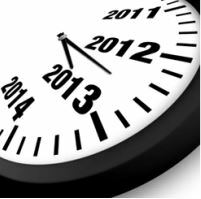 It was exactly twenty years ago, in summer 2000, that I was appointed to set up a university International Office from scratch.

It was a wonderful opportunity. When I arrived, one member of staff in External Relations was responsible for ‘everything international’ – from student recruitment to Erasmus exchange coordination to international student pastoral support and advice. She valiantly tried to corral the efforts of a handful of academic staff who would travel the world attending recruitment exhibitions and blithely signing MoUs or agent contracts. There was minimal coordination or communication beyond their own School.

International Office staff of that era from other institutions (you know who you are) may recall the frustration of finding that two separate (and often visually quite different) exhibition booths had been set up by different Schools / Faculties at the same recruitment event; or that separate visits to a potential partner institution had taken place in quick succession.

Before I arrived, a consultant’s report had identified the opportunities and cost savings that would be derived from having greater coordination and a clear strategic focus. I was therefore in the fortunate position of being given carte blanche to define the scope of the new International Office and to devise new policies and approaches as needed.

I was backed up by top management all the way as we developed from a one-person operation to a comprehensive International Office with specialist staff covering international student recruitment, admissions, student experience, exchanges, outbound mobility, partnerships, pathway programmes, logistics and administration. Because I sat on the University Management Team, we were able to engage with other areas of university operations too – from marketing to the curriculum.

The 2000s - International Office as catalyst

The way the size, shape, location and remit of my International Office changed over the course of the 2000s is not an atypical story. We moved from position 1 to position 4, as described below, between 2000 and 2010.

International recruitment sits within wider marketing / external relations team. It is usually a very small team which has ‘spun out’ of UK recruitment. Minimal resource is devoted to other (non-recruitment) international activities.

A view is taken that it’s not healthy or efficient to separate out the international and domestic agendas too much. After all, it’s about providing an inclusive student experience, having an approach to partnerships that works at home and abroad, ensuring consistent practice when it comes to admissions etc. Gradually, aspects of internationalisation that have been nurtured and highlighted within the catalyst IO are mainstreamed back into the most appropriate professional service [some of which may not even have existed when the IO was first set up] (e.g. central admissions team, collaborative partnerships office, student experience team etc.).

We certainly went through a process that helped to move international engagement from a fringe activity to a much more embedded one (as per this diagram). However, the focus was quite inward-facing – it was mainly about making the university and its core functions more ‘international’.

Since becoming an independent consultant in 2013, I have worked with a variety of HEIs at different stages of internationalisation and with different International Office models.

During the 2010s, many institutions started to become more outward-facing, with the growth in transnational education and overseas-based staff.

This decade was notable for the number of overseas offices being set up in key locations as satellites to support international student recruitment to the UK. They tended to be line-managed by UK-based regional managers and to focus predominantly on counselling students, along the lines of a dedicated agent. There would often be talk of broadening the remit of the overseas office or staff member but, for many, that was a step too far.

The 2020s â a rebalancing of resource?

So what will the IO of the 2020s look like? We are already starting to see some changes; external imperatives are likely to accelerate these.

In my view, the direction of travel is towards a rethinking of the balance between the UK-based IO team and regional teams based overseas. The former may need to shrink (or at least change shape) and the latter grow.

Internationally mature universities may build a global network of strategically located regional hubs or centres (more than just overseas offices), each with a broad remit and staff base. They would enjoy much higher levels of autonomy than a traditional overseas office and would be responsible not just for student recruitment from their region, but for partnership development and stewardship, alumni relations, profile-raising with government, employers and opinion-formers, etc.

There are several reasons to adopt this model. It reduces the number of long-haul flights from the UK, thereby contributing to a decrease in institutional carbon emissions. It means that business is less disrupted, should global pandemics or other events result in international travel restrictions. It also moves beyond what always felt like a somewhat colonialist model of operating, where UK-based staff descended on a country to sell their wares, then returned home where they directed operations from ‘UK HQ’. And one positive side-effect of the enforced remote working of the last few months is the sense that it’s possible to feel and operate like a team even when geographically dispersed.

So where does that leave the UK-based IO team? There is an opportunity to pick up those activities and initiatives that are best led and managed from a central university location. This includes global strategy development (engaging with academic colleagues, professional services colleagues and IO colleagues based overseas). It includes global (non-market-specific) initiatives (e.g. virtual open days) and activities based in countries outside the regional hubs. There also needs to be coordination across the dispersed regional teams.

UK-based IO staff who are not constantly travelling could spend more time collaborating with colleagues in different parts of the institution, whether that’s working with Faculties on their international strategies or supporting other professional services functions (e.g. careers and employability, alumni relations) with the international dimension of their work – perhaps by having staff based in those teams who can liaise with colleagues in the regional hubs.

Of course, UK-based IO staff still need to travel in order to maintain their specialist expertise and it is important for staff from the regional hubs to have regular opportunities to spend time at the university. The long-haul travel will not be switched off overnight, but there is a chance to deploy it more strategically.

For universities that go down this route, it will take time to transition to a different way of working. However, it seems to me like a possible next step in the evolution of the International Office: a way to embed a global perspective even more deeply within UK-based activities while at the same time demonstrating that the university has true global reach.

This is just one possible route to go down. I’d be interested to hear what changes in structure and approach you think the future holds.