“The end result for us has been great buy in from staff and students to an agenda that utilises the presence of international students on campus as only one element in a much wider piece of work that is bringing global experiences to our students. ”

A challenge to the sector 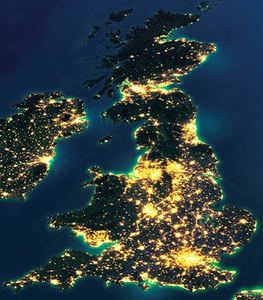 The UK’s global reputation has been damaged in the eyes of many of our friends around the world. They look at our behaviour (particularly since the 2016 referendum) and are, by turns, baffled, unsettled and pitying. Both our collective judgment and our competence as a nation have been called into question. There is a need to reinvent our relationships with the rest of the world – and universities have a significant role to play.

The dominant rhetoric from government about the UK’s post-Brexit position tends towards the macho, arrogant and self-centred. Something along the lines of: ‘The UK is still the best – and we can stand on our own two feet as a global player and great trading nation’. Some of this sentiment seeps into concepts like ‘Global Britain’, embraced by the Foreign Office but criticised by some for having imperialist connotations.

However, there are alternative approaches to building a strong international reputation. Simon Anholt, who works with Heads of Government and has helped over fifty countries to engage more productively and imaginatively with the international community, argues that ‘good’ (unselfish) behaviour on the part of a country makes people respect it and want to do business with it; that reaching out and collaborating with others to make a contribution to the rest of the world can bring economic success.

Homing in on national strategy, a recent volume in the British Council’s The Shape of Global Higher Education series argues that countries with broad, holistic national strategies for international education (e.g. Netherlands, Germany) tend to be successful in attracting international students, even when this is not their primary focus. This is because they consider the needs of external stakeholders and partners (including the students themselves), who can see what’s in it for them and don’t feel the relationship is one-sided.

The UK’s new International Education Strategy (published in March), though very welcome, is cited in the British Council study as a classic, narrowly-focused export-driven strategy. There is little in it about making our educational offer more internationally relevant. This leaves a gap in the UK policy landscape for a domestic-facing strategy. There is no point reaching out to other countries, whether as trading or research partners, if we’re bringing up a generation of young people with a poor understanding of the world around them, other cultures, languages and ways of working.

Where does the HE sector fit in?

Fortunately, as a fairly autonomous sector, we have an opportunity to present an alternative picture of our country to our international connections – and to lobby for policy changes as we do so.

As Jane Knight argues in Knowledge Diplomacy in Action: ‘In contemporary diplomacy… it is no longer only the government and their representatives who are the major agents: there is a diversity of new actors’. In an increasingly interconnected world, international higher education, research and innovation can contribute to ‘international relations and the challenges inherent in addressing current global issues’, which are often also national issues but which cannot be solved by one nation alone. This requires collaboration between academic institutions and other types of organisation.

Traditionally, our UK university international strategies have been inwardly focused on injecting an international flavour into the institution’s ways of thinking and acting. An alternative approach (articulated by Gabriel Hawawini of global graduate school INSEAD) is to seek to integrate the institution into the global ecosystem of knowledge and learning; to find the ways it can best contribute to the global community.

Like Knight’s brand of knowledge diplomacy, this involves building relationships with global partners to enhance knowledge production and make the world a better place. It gets to the heart of what universities are for – and plays out on a global level some of the themes embraced by the civic university movement more locally.

At an individual level, UK HEIs are making great contributions to the wider world. The discourse of ‘grand challenges’ being tackled via collaborative international research is well embedded. And, of course, the new THE University Impact Rankings, based on progress with the UN’s Sustainable Development Goals, have helped to focus the minds of HEIs on how they are contributing to these (and what more they could do).

But there are many other ways in which HEIs act as ‘good global citizens’ – both in / with other countries and much closer to home. They can bring their international mindset and expertise to bear when addressing local challenges – from economic regeneration or community cohesion through to sowing the seeds of an international outlook among children from all backgrounds, broadening their horizons and raising their aspirations.

The Malawi-Liverpool Wellcome Trust’s joint PhD programme (stemming from a long-standing partnership between University of Malawi’s College of Medicine, the Liverpool School of Tropical Medicine, the University of Liverpool and the Wellcome Trust) helps to address health challenges relevant to Sub-Saharan Africa. It’s an example of a type of Transnational Education (TNE) that builds capacity in the host country and extends opportunities to those who are not in a position to pursue an extended period of study in the UK, using TNE as a tool for widening global access.

De Montfort University’s Square Mile India volunteering programme helps transform the lives of some of the poorest communities in Gujarat. At the same time, it provides a transformative experience for UK students, tapping into the growing desire among young people in the UK to make a social contribution.

In 2017 the University of Central Lancashire hosted medical students from the American University of the Caribbean when their facilities were destroyed by Hurricane Irma. The relationship between the two institutions has gone from strength to strength and their latest collaboration is a joint medical programme to help bring more doctors to countries and communities in need.

At Aston University, a project run by a Syrian academic has helped nearly fifty refugees from his home country to become entrepreneurs.

Meanwhile, undergraduate languages students from universities in Sheffield and Cardiff have mentored pre-GCSE pupils. Among participating schools in Sheffield, this has helped boost GCSE languages entries by 43% (following years of decline). In so doing, it’s opening the eyes of students from poorer backgrounds to the opportunities arising from intercultural engagement.

It is not difficult to find examples of UK HEIs using their international expertise to support and engage with local and global communities (sometimes both at the same time). Some individual institutions are starting to give these activities prominence in order to convey messages about their institutional ethos and priorities.

However, these great stories are not currently being developed into a wider sector narrative. If, as a sector, we all got behind a national campaign to highlight our institutions’ ‘global citizenship’, could we collectively help to re-position UK HE – and by extension the UK – as an actor which strives to address global issues and prepare the next generation of leaders to contribute positively to the wider world?

Look at the way the #WeAreInternational campaign did so much to reassure prospective international students at a time when other national rhetoric made them feel unwelcome. Could we adopt a similar approach to help dispel any perception among overseas partners and stakeholders that the UK is retreating into self-centred insularity?

This post is adapted from a plenary presentation entitled The Future of Internationalisation: re-anchoring the UK to its new place in the world, delivered to the British Universities’ International Liaison Association (BUILA) conference on 4 July 2019.