Picking a partner for the long term

Setting a collaborative TNE relationship up for success

After an embarrassingly long gap between blog posts, this one is really just an excuse to get down in writing a few things that have been buzzing round in my head recently. 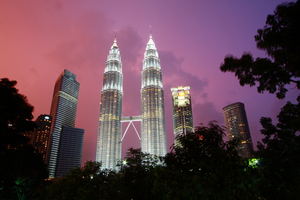 According to an HEGlobal survey, ‘almost all the UK's HE providers plan to grow their TNE [transnational education] delivery in the coming years’.

TNE provision based on two-way, collaborative partnerships, built on more equitable relationships, is on the rise (see, for example, this blog post on HEGlobal by Janet Ilieva).

In this article in The Guardian, entitled ‘It must be love: what makes university partnerships tick?’, Uwe Brandenburg (drawing on academic research) argues that ‘if we look at our university partnerships the same way we look at relationships in our private lives, it may be easier to identify what we want and what we need’, noting that ‘human relationships between individuals from different cultures have to cope with different conventions of what is proper’.

I’ve been working on a couple of things recently which tie in with this question of how best to set up cross-cultural collaborations to succeed over the long term.

First, I’ve been preparing a presentation on ‘Collaborating across organisational cultures: a study of international campus marketing’ for the forthcoming TNE-Hub Research Symposium on 'Bridging the gap: Research and practice in transnational education' (Nottingham, 10 June 2016).

Getting collaboration right (even collaboration between two campuses of the same institution) boils down to surfacing – and discussing in detail – some fundamental expectations around ethos, culture, goals, roles, responsibilities, operating relationships, decision-making, communication, teamwork etc. before the collaboration really starts.

How much more important to do this when you’re considering embarking on a relationship with another institution, especially one that is used to operating in a quite different cultural, political, social and organisational context.

In your personal life, you wouldn’t get engaged to someone without having some idea about their deeply held values and beliefs; their approach to work and chores; their relationship with their family; the things that really wind them up and the things that make them feel fulfilled.

You’d try to get a feel for any ingrained behaviours and assumptions, assess how these relate to your own, and work out whether and how you can learn to accommodate one another. If it’s a cross-cultural relationship, this investigation of assumptions is even more important (which reminds me of that excellent description of culture by Edgar Schein: ‘Culture at its deepest level is the assumptions we do not see’).

The second thing I’ve been exploring, which seems relevant, is the concept of Cultural Intelligence.

It’s rooted in rigorous academic research and organisations in a range of fields are increasingly adopting CQ as a key component of personnel development. Individual self-evaluations of one’s preferences can be used as a really fruitful starting point for team discussions.

One aspect of CQ is an investigation of one’s cultural values. Individual cultural value orientations are descriptions of preferences. They may sometimes reflect national culture/s, but not always.

The Cultural Intelligence Center website summarises the seven cultural value orientations that individuals can rate themselves (and receive feedback) on:

Cultural value orientations as a framework for discussions between potential partners?

What has been going through my mind is whether this would provide a useful framework for face-to-face discussions between key representatives of potential collaborative TNE partner institutions – early on in any relationship. Or as a team-building exercise for those needing to forge effective working relationships between partner organisations located within different cultural settings?

Discussion of what is usual within one’s own culture (both national and organisational) and a sharing of personal preferences (and whether these align with or are at odds with those of others in the ‘team’) would help get into the open those areas with the potential to be sources of friction.

And surely it’s better to surface those at the start of a relationship than wait until you’re fully committed and have reached a challenging impasse.

Is this a potentially useful approach or am I just trying to force together two ‘themes’ that are currently uppermost in my mind?

Alternatively, I’ll be at the TNE-Hub Research Symposium (http://www.tnehub.org/) in Nottingham on 10 June and at the HEGlobal event on ‘The Scale and Scope of UK TNE’ (http://heglobal.international.ac.uk/events/forthcoming-events/the-scale-and-scope-of-uk-he-tne.aspx) in London on 8 July, so do come and find me for a discussion.