Time to move on from the internationalisation strategy?

Shifts in terminology and attitude 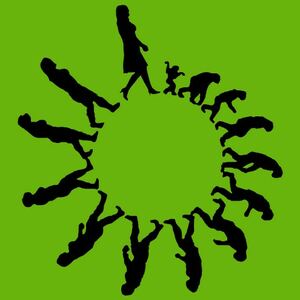 I outlined the progression from economically motivated strategies with an almost exclusive focus on recruiting international students (in the late 1990s, early 2000s) to broader internationalisation strategies (in the late 2000s, early 2010s). The latter were more comprehensive in scope but still relatively inward-looking, focusing on making different functions, policies and processes within the institution ‘more international’. More recently, we have started to see global engagement strategies, which are more outward-facing, with an emphasis on building long-term international relationships and engaging responsibly with communities on a global scale to serve the common good.

Like Douglas Proctor (see: Jones, E. & Proctor, D. (2020) In conversation - Faculty motivations in international education, May 2020), I have long had concerns about the term ‘internationalisation’.

It is a rather uninspiring and clumsy process word which is unlikely ever to gladden the hearts of those who need to get behind it in order to propel their institutions along on their internationalisation journey. It also has negative connotations in many cultures where it is perceived as synonymous with westernisation (or with the negative aspects of globalisation).

One of the problems with these ‘-isation’ words is that, as well as being a process you can actively choose to embrace, they can also be one that you are subjected to or have little power over. Think of the connotations of the word ‘reorganisation’. How you feel about it depends a lot on whether you’re undertaking it or on the receiving end of it.

Although the latest iteration of the evolving definition of internationalisation reflects the notion of it being purposeful and intentional (in a positive way), most of the colleagues that international educators work with will be oblivious to this and there is a risk that the term itself becomes a barrier to its own implementation.

When I was undertaking research in this area back in the mid-2000s, it seemed to me that we needed to strip things back to the values that underpin the desire to internationalise a university.

Although not perfect, I was drawn to the value of ‘internationalism’, whose dictionary definition is ‘the advocacy of cooperation and understanding between nations’. In 2002, a paper by Bernado (pdf) described internationalism as ‘the ethos of international cooperationism and the appreciation of an international quality’ and positioned it in opposition to parochialism.

If you start with internationalism as a value, then the project becomes more about winning hearts and minds than about building processes. And most key stakeholders within a higher education context are likely to be favourably predisposed to an approach that is about rising above parochialist attitudes.

Of course there need to be structures and frameworks to help the changes along, but seeking to integrate an internationalist ethos builds a firm foundation for long-term, sustainable developments. The aim is for that ethos to inform decisions, actions and behaviours.

What about the outcomes?

Global engagement has a different flavour. I like the CBIE definition of it as ‘committed, meaningful interaction with the world as a whole’ (see: CBIE Briefing note: What is Global Engagement? (pdf)). It can take many forms and feels like something to aspire to. Because an institution can be globally engaged in a range of different ways, it is not a straitjacket, but allows for universities to be distinctive. The term global can also encompass the ‘local’, rather than being seen as in opposition to this.

If you start with an internationalist ethos and make the effort to integrate this into a university’s fundamental missions (research, education, community), a key outcome should be global engagement. John Hudzik stressed the need for such integration in his recent University World News article (How to strengthen internationalisation post-COVID-19).

This begs the question as to whether you need a separate strategy for it. In many cases, having an explicit global engagement strategy can act as a catalyst for change. But, in an ideal world, it wouldn’t be necessary. Internationalist values and an aspiration to be globally engaged would automatically permeate all institutional strategies and the behaviours that underpin these.