“Vicky checked in regularly to make sure everything was on track and presented back a report that really exceeded our expectations on how much someone could understand our business and make recommendations that were right for us. We were delighted with the work Vicky did, in a very short space of time.”

Inclusive approaches on every level 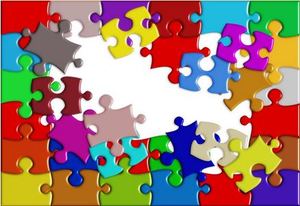 There have been some significant shifts in the global discourse about higher education internationalisation recently. The Western perspective that has tended to dominate, with its assumptions that internationalisation is ‘a good thing’, is being challenged. Is it positive for everyone? And have we been guilty of taking a narrow (and lopsided) view of what it’s all about?

I attended UUKi’s International Higher Education Forum (IHEF) in Nottingham on 14 March. It was clear from the opening plenary (which involved speakers from universities in Japan, Switzerland, Canada and the USA, as well as a representative for Pacific Rim institutions) that internationalisation means different things in different contexts. However, there was broad recognition of the wider societal role of international education: the need to face outwards and to operate across institutional and national boundaries to tackle shared global challenges; the need to embrace more egalitarian and inclusive approaches to internationalisation; and the need to measure its success in new ways such as public service commitment or advancement of the UN’s Sustainable Development Goals.

Chris Tremewan, Secretary-General of the Association of Pacific Rim Universities, called for a redefinition of internationalisation in HE, moving from competitive self-interest to global common good.

This echoes recent calls for a re-examination of what universities are for: from, among many others, Shaun Horan (who emphasises their role performing ‘a service to humanity’) and Mike Boxall (who outlines a vision of them being ‘leaders and orchestrators in a variety of multi-partner “learning ecosystems”’, helping to address challenges at local, national and global level).

International partnerships and networks have long been a feature of the global higher education landscape. In the UK context, I have seen them growing in importance within institutional strategies. And, since the Brexit vote, attention has been cranked up still further.

I would readily bet that the international travel schedules of Vice-Chancellors and their executive teams have become more frenetic, as they seek to reach out and secure relationships in continental Europe while also demonstrating commitment to new partners further afield. They / we are seeking, perhaps, to mitigate any impression that the UK is a less open society than it once was; to demonstrate the values so eloquently voiced via the #WeAreInternational campaign.

The notion of universities as ‘global team players’ has been proposed by Nicola Brewer of University College London (UCL), who cites Adam Habib, Vice-Chancellor of the University of Witwatersrand. Habib’s view is that universities should act ‘in a way that supports the global academy of commons rather than simply advancing the individual aspirations of institutions’.

The term ‘global engagement’ is increasingly replacing the term ‘internationalisation’; and global engagement through strategic partnerships is a strong focus for many UK HEIs (including UCL).

At an IHEF session entitled ‘Networks, hedges and bridges’, Philip Gilmartin of University of East Anglia described a new network of ‘like-minded’ European institutions called Aurora. Its key priorities include embracing diversity and inclusion, contributing societal impact through relevant research and promoting environmental sustainability. It has already launched a project to make internationalisation more inclusive, with a particular focus on facilitating an international experience for students from disadvantaged backgrounds.

While there was much (welcome) emphasis at the conference on encouraging outbound student mobility from traditional ‘destination’ countries such as the UK (including a session on the UUKi Go International: Stand Out campaign), one topic which did not get enough airtime was internationalisation of the curriculum as a means of bringing a much-needed global perspective to the ‘static majority’ of students who are not internationally mobile.

And then there are those who are involuntarily mobile. Another IHEF session launched UUKi’s guide for universities on ‘Higher Education and displaced people’. This is a call to action for universities to develop strategies for making higher education accessible to both young people and academics whose learning and careers have been stopped in their tracks as a result of forced migration.

There were many other examples of a more outward-facing form of HE internationalisation (or global engagement) which – at heart – is really just about universities fulfilling their societal role on a global stage.

What about a national strategy?

There was a certain amount of envy among participants at IHEF towards those (many) countries which have national (government-championed) strategies for international education. Canada in particular was seen as a prime example of successful joined up thinking at national level (though it was noted that even the Canadians struggle with outbound student mobility).

The fragmented approach in the UK was critiqued in the closing plenary by Janet Beer (President, UUK), Geoff Mulgan (Chief Executive, NESTA) and others. This perception of fragmentation (particularly across different government departments) is not new (see my 2015 blog looking back on the previous decade).

However, the calls were loud and compelling for a new, joined up international strategy for UK HE, with a broader focus than previous, largely economically driven strategies. Ciaran Devane (British Council) observed that our language skills are diminishing so any international strategy must incorporate foreign language learning. Others made the point that it must include local students (see my earlier observation about curriculum internationalisation).

The imminence of Brexit was seen to increase the urgency of developing such a strategy.

Which brings us on to Simon Marginson’s presentation of current research by the Centre for Global Higher Education on UK universities’ approaches to Brexit-related uncertainty. Early findings from the project suggest a distinct lack of planning for different scenarios. Because the UK HE system is used to comparative stability, institutions seem almost paralysed in the face of uncertainty: still in ‘shock phase’. They are used to others setting the rules and appear to be waiting for government to tell them what to do.

Marginson highlighted a lack of urgency within institutions: a sense that the impact will only really be felt in 4 to 5 years’ time (so it’s a problem for the next Vice-Chancellor). He urged leaders to consider possible scenarios and develop plans (and plan Bs) to deal with them, rather than waiting for a steer from above.

Joining up within our own institutions

As we’ve seen, it’s easy to point fingers at a lack of joined up thinking at government level, but how joined up are we within our own institutions?

An interesting session titled ‘Structured for Success’ looked at the different ways in which three UK HEIs structure their international activities.

This resonates with my research into UK HEI approaches to ‘integrated internationalism’ in the mid-2000s, when it was suggested by one interviewee that the ultimate measure of success for an International Office was for it no longer to be needed.

So, at institutional level, it seems there are moves to develop more inclusive internationalisation strategies (the new strategy at Cardiff Met includes a humanitarian strand), but also to embed international ways of thinking more firmly across all organisational functions.

What does all this mean for UK universities?

The institutional implications of a more inclusive, more joined up, more outward-facing and more collaborative approach to internationalisation (on global, national and organisational levels) are considerable.

As a starting point, I would urge UK HEIs to:

Above all, I would echo Simon Marginson’s rallying cry for UK HEIs to take responsibility for their own destiny.